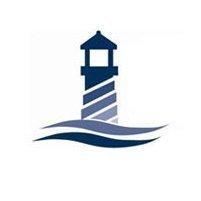 Although you can leave most moles on your body alone, you may experience a few that cause problems. If they bother you, tarnish your appearance, or exhibit troublesome characteristics, you should see a dermatologist. At Outer Banks Dermatology, Dr. Renee Glover provides in-office mole screening and removal for your convenience. If you’re looking for a dermatologist in Nags Head, North Carolina to examine your moles, book an appointment online or by phone.

Moles are benign skin growths that consist of a cluster of pigmented cells. Most moles develop during adolescence and early adulthood. They are very common: Nearly every human has at least one mole.

Although most moles are not a cause for concern, you should be aware of signs that could indicate precancerous or cancerous activity. Any time a mole displays changes or irregularities, Dr. Glover should examine it.

When should moles be removed?

Moles are very common, and most of them don’t need to be removed. The two most common reasons why people have their moles removed are for cosmetic or medical reasons.

People with prominent, visible moles, especially on the face, may choose to have them removed. If a mole causes discomfort by rubbing on your clothes, you may also decide to remove it.

If your dermatologist detects skin cancer inside your mole, she removes it along with any diseased tissue around it. Removing the mole as soon as possible provides the best possible outcome.

What are the signs of a cancerous mole?

Any time a mole changes or exhibits the following characteristics, you should make an appointment with Dr. Glover. Signs that a mole might be cancerous include:

How do you remove moles?

Excision involves cutting out the entire mole and stitching the opening closed. If she suspects skin cancer, she sends the mole to the lab for a biopsy.

Your dermatologist uses a surgical blade to slice off the mole. You should never try to shave a mole off yourself as it can lead to very dangerous repercussions.

If your mole is cancerous, you may have to return for a more precise excision in which Dr. Glover removes the entire mole and a layer of healthy surrounding tissue to make sure they remove it all.

If you have a mole that requires removal, contact Outer Banks Dermatology online or over the phone.